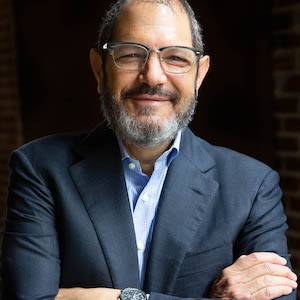 I’d like to add my voice to chorus you’ve been hearing from a growing portion of the alumni about the name of the university.

First, I treasure my time there. Without it I wouldn’t be where I am today. The education I received was without par. The professors I remember fondly, and they taught me well. The friends I made are still friends today (and lately are growing due to social media.)

When I arrived at the university in 1987, my family was in bottom quintile of earners. That said, the university turned out to be cheaper for me and my family than JMU (US News’s Best Buy that year), so the aid was there. But I grew up within sight of the Rockbridge County line (very literally as the county line was on top of the next hill south in Raphine), and I wasn’t even aware of the university until I was about to start applying places (my family did most of the usual things in Staunton). I suppose this is due to poor marketing and outreach to communities like mine. But with the education I received there, in my first, real professional job I made more than they had in tandem when I arrived .

My family were poor farmers on both sides, since the 1700s on my mother’s side in Montebello. I never had any particular, firm affinity for the lost cause myth because they were never part of it. That said, I bought into what I was sold in that four years—the post war bit. But that was a house that was built on sand. The house that was built on rock was the education I received and the friends from there I made (and continue to make).

The whole white, elitist aspect of the culture there is what we also must fight against. There were certain fraternities that, during rush, made it clear I was not their type (i.e., poor), but two others were more than welcoming to me, including the one I eventually joined. So, I’m not slamming the Greek system, though some of the old south parties (lower case intentionally) appalled me even then. I had the occasion last fall to visit my old house and was amazed and heartened at how diverse it was (Lambda Chi).

Finally, I was heart set on going to UVA at the time, until my campus visits and tour (WLUR helped too). The African American student and gentleman who showed me the school absolutely sold me, even though I almost fell down the stairs in Washington Hall on that tour due to brand new loafers with very slick soles. I wish I could remember his name, but all I remember is that he was a member of ZBT (many years ago). He is why I came to Lexington, so close to my home.

We need more people like him to serve as ambassadors for a very fine university and to reach that goal, I firmly believe that the name Lee in our university’s name is more of an anchor than a boon.