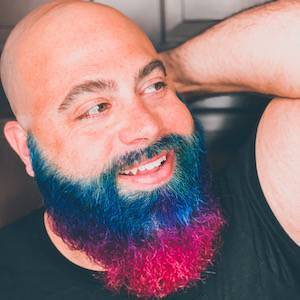 I’m embarrassed to say that I’ve graduated from Washington & L** University. When asked, I wave my hand and say “Oh, Dubyunell, it’s a tiny school in Virginia, you’ve never heard of it,” and change the subject. I was pressed for details by a date one night, and it was damn near mortifying to tell someone that I have a degree from a school that venerates Robert E. Lee. It’s unusual for me to be embarrassed. Since graduating from W&L in 1998, I have made a career of being shameless, both as a comedian, a writer, and even an underwear model, quite literally exposing every facet of my life, self, and being to a large audience. So for me to say that something embarrasses me is an incredible statement.

I’m sure Robert E. Lee had some great qualities, but I don’t care. His legacy, which is the only thing that matters, is not a flattering one. It empowers white supremacy, it emboldens morons who blame oppressed minorities for all of the self-inflicted problems they face in life, and even worse than that (because we both know the morons will find another champion of their hatred), it continues, to this day, to marginalize and oppress every BIPOC in this once great country of ours.

When it comes to being progressive, Washington & L** has always been behind. It’s been an entrenched bastion of conservative and almost regressive policies that has been dragged, kicking and screaming, into modern society. At the time, it could be argued that there were plenty of intelligent conservatives who would continue to help the school grow its reputation for excellence in academia. More frequently today, however, we’re seeing that the few intelligent conservative voices are drowned out by those who look away from science, ignore facts, are bereft from rational thinking, and embrace hatred and fear. This will become the legacy for Washington & L**.

The youngest generation that is reaching college level isn’t going to attend this school. They’re more socially aware, more progressive, and better informed than any generation before, and they won’t even consider a school that stands behind someone like Robert E. Lee. I don’t blame them – if I was choosing a school for my imaginary children today, I wouldn’t even let them consider it either. Regardless of how diverse the school is, how inclusive its policies, how progressive it is on the inside, I wouldn’t want Adam Heath Avitable, Jr., and Supergirl Phoenix Avitable to attend a school that is essentially hanging a giant sign on the outside that says “We love racists and embrace racism.” And that’s what Lee’s name exclaims to the world at large.

Something must be done. Add a new L-name so you don’t have to get rid of that melodic “Dubyunell”. Name it after Bruce Lee. Drop the Lee completely. Hell, change the whole name – call it Dudley University after the man who championed W&L joining the 21st century. Just understand that failure to make any changes is going to result in W&L’s eventual downfall, and in 20 years I’ll be telling people that I went to UVA – Lexington campus because this relic of the past will finally have crumbled.

Thank you for taking the time to read all of the letters I know you’ve been receiving. I believe this is more important than anything else facing W&L now or in the future.