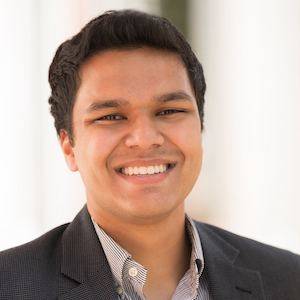 I am writing to urge you and the Board of Trustees to change the name of Washington and Lee University. Changing the name is a small, but substantial, act that our school can take to make it a welcoming environment for all. A failure to change the name will be a death knell for an institution that has struggled to keep up with our present and past, let alone our future.

I don’t mean to brag (okay, maybe I do), but I was the kind of student that W&L dreams of. My parents immigrated to the U.S. from Bangladesh in the late 80s, making me the proud son of Muslim American immigrants. I enrolled in W&L as the graduate of a public high school with literally no connection to the school other than my acceptance letter. I said yes to W&L for the academic opportunities it offered, amazing setting, and the opportunity I saw to engage and make a difference. I wonder what kind of cheers came with my unique data point, knowing that I chose to overlook so many other red flags to say yes to W&L because of the genuinely compelling pitch it made to me.

I learned quickly that my attendance at W&L could not be an endorsement of the institution as a whole. My ability to buckle down as a leader in the spaces of campus I cared most deeply about was not a pure act of passion: it was a coping mechanism. For all the amazing classes and leadership opportunities I earned, I had to deal with the constant stress of feeling responsible for fixing our racist ship. Whether I was having the best or worst time on campus, I found myself in a fundamentally exhausting environment that was incapacitated to change because of countless factors that I alone cannot and should not have to change on my own.

The one countless factor I am here to change is the explicit rejection of Robert E. Lee in our school’s cult of personality. Students use our absurd embrace of a racist to move the goal posts of acceptable behavior on campus. Blatant disrespect towards my Black, brown, and other non-white peers plays far too big of a role on a campus that has the audacity to be over 80% white in 2020. This is in no small part because so few students (non-white and otherwise) are willing to look past the dumb name that make up the W & L that they see on admissions packets.

I thought college was supposed to be filled with fresh indie rock and dumb conversations about Infinite Jest, not an endless fight against the Lost Cause narrative and daily acts of racism, homophobia, sexism, and classism. Lee may have played some weird role in keeping our campus alive when he was president, but only the worst of his scars run through the veins of our institution. When students who look like me or my other marginalized peers aspire for change, we are fighting an uphill battle against an institution that is designed for us to fail. One small, but unshakeable, frame of this challenge comes in our bizarre embrace of Racist E. Lee. Professor Locy summed it up well in her piece for The Nation that argued for changing our name.

“It defies logic, 150 years after Lee’s death, for W&L to give him credit for making the university the first-class liberal arts institution it is today. He doesn’t deserve it,” Loci wrote. “The thousands of students, faculty, and staff who came after him do. They include brave young men and women of color who often found themselves alone, underestimated, and ridiculed as they sought their educations on an overwhelmingly white campus.”

A name is not our history, it is our present. Washington and Lee is a present-tense institution that should not owe anything to the rich racists, sexists, and robber barons who have convinced us that our name is more sacred than improving the values underlying it. The only history that will come from not changing an outdated and racist name like ours will be the extinction of our institution at the hands of people who reject the existence of an alumnus like myself.

One of those racists argued in my Twitter feed that W&L’s aversion to changes like a name change have protected it from being a college that “lost its mind” from “Oberlinification” (aka liberal nonsense) in the mid-2010s. Arguments like these illustrate the faulty link that our wealthiest, racist, and most powerful community members make between changes to improve the lives of our most vulnerable and our institution’s so-called values. Arguments like these are an acknowledgement that the supreme comfort of many of our white students and alumni have come at the expense of existence for so many marginalized students on our campus.

Like I said, a name change cannot and should not be the only meaningful change that our school embraces. I can write many other letters in support of more substantial changes to improve the lives of our marginalized communities. But, the nucleus of these changes start at the top, and the absolute bare minimum that we can do is undergo a minor re-branding effort to let our community know that we are committed to real change.