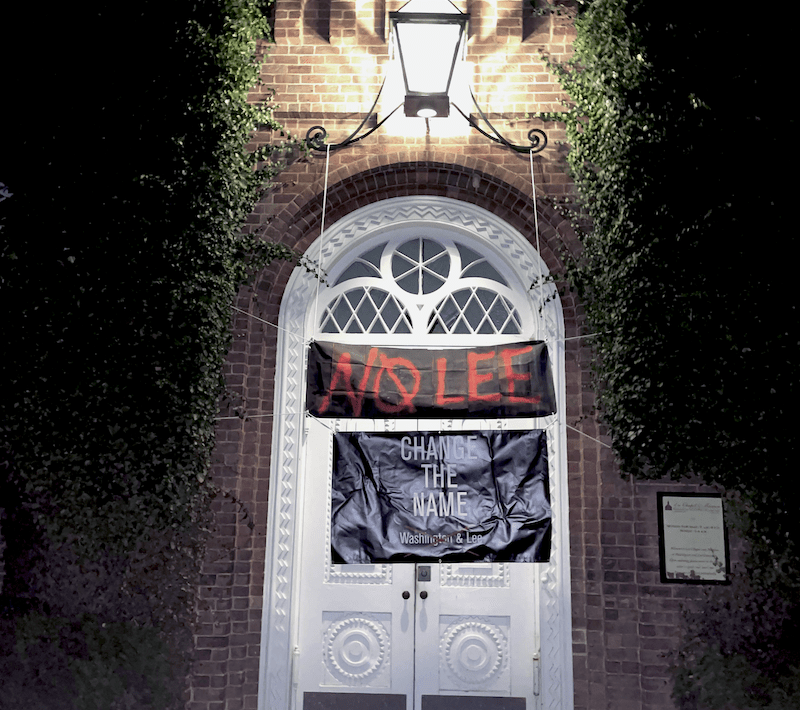 The website Best Colleges joins the growing list of those that are paying attention to what is about to happen—or not happen—in Lexington this month. Honestly, keeping up with all the mentions, articles, and related news and features is more than we can handle, but we do try to find the very best and most relevant to make it easy for you.

This latest article, “Washington and Lee University Faces Potential Name Change,” by Dean Golembeski, offers a succinct version of what is currently going on. Of course, Not Unmindful received much more column space than those that are opposed, which helps. It adds an explicit link to what happened in Charlottesville in 2017 and the protest last year after the murder of George Floyd by another latter day brown shirt, the straws that broke many of our own backs in contemplating the name and the culture of the University.

Key excerpts are below. First he times it to the larger movement within this country to honestly address it’s own past, unlike the “cancel culture” crowd, he recognizes or at least implies that this the norm or should be for our society.

He also points out, as we have repeatedly, that the only true tradition that has endured at our University is changing the name suit the times and culture, something many see to have forgotten.

Finally, after throwing a bone to the opposition, without naming any groups by name, he specifically references Not Unmindful. While he doesn’t quote any of our members in the piece, he has obviously done his research and spent considerable time on this very site [ed. note: this particular editor loves that part]: