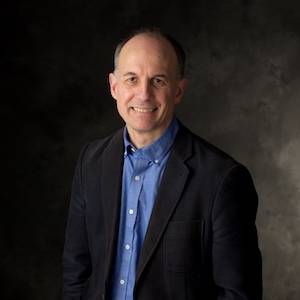 My name is Chris Swann and I am a member of the W&L class of 1992. My wife Kathy Ferrell-Swann graduated from W&L in 1993, and my father David Swann in 1963. This is all to say that Washington and Lee has had an enormous impact on me and my family.

From that perspective, I am writing to state my support for changing the name of our university.

That was a difficult sentence to write. I grew up with W&L as a household name. I received a first-class education there. I met my wife there. I have made lifelong friends among both classmates and faculty at W&L. I am also a native North Carolinian who spent eight formative years in Virginia, four at Woodberry Forest School and four at W&L. An English major, I have had a long career as a high school teacher and department chair, and recently I have begun a second career as a published novelist. My life has been very successful, due in no small part to my undergraduate experience.

But I have also come to better appreciate the University’s motto, “not unmindful of the future.” And to imagine the future, one needs to have a firm grasp on one’s past.

Having grown up in the South and having been taught the Lost Cause mythology, I thought Robert E. Lee was ultimately an honorable figure, even a redemptive one. But the more I’ve learned since then, the more I’ve come to understand that I was essentially believing in a lie. Lee chose to fight for a Confederacy that wished to secede from the United States because they wanted to continue the practice of buying and selling human beings of African origin, a practice that was as lucrative as it was repugnant. It was not a romantic cause, or a principled fight for states’ rights against a tyrannical federal government. I have little doubt that to at least some extent Lee felt morally conflicted about his choice. But he made it. And we now know much of the story of Lee’s post-Civil War years, when he became president of Washington College, is hagiography.

I’m proud of my education at W&L. I’m not ashamed of it, or of the friends I made there, or of the woman I met there who, to my great fortune, became my wife. I don’t mind telling people where I went to school. I didn’t leave W&L feeling anger or resentment at the place.

But what I have slowly come to realize is that the ideals the University stands for—the capacity to think freely, critically, and humanely, and the desire to conduct oneself with honor, integrity, and civility—are tainted by the school’s association with Lee. As our nation struggles with its history of racial injustice, especially over the past few months, our school is struggling with its own history. I applaud the efforts that you and many others on the faculty and the board have undertaken to shine a light on W&L’s history and to help create a more diverse and inclusive school. However, those efforts are a first step. The only way we as a nation can move forward in terms of racial justice is to confront our past honestly, thoughtfully, and critically, not react in the heat of the moment, and not dismiss our past as something that happened “a long time ago.” As William Faulkner wrote, “The past is never dead. It’s not even past.”

Some W&L alumni balk at such efforts. They accuse those who call for the University to change of wanting to rewrite history, of threatening the school’s very existence.

We aren’t bullies who wish to erase or rewrite history. We wish to write the future—non incautus futuri. We are unearthing history, revealing it, holding it up to the sunlight. We are confronting our history, much as our nation is doing. We are finally understanding and admitting the truth of our past. That is the only way forward. If W&L is going to live up to its ideals, it will suffer from its association with Lee and with the mythical history surrounding him. We don’t wish to erase Lee from history. We simply feel the current name of the University is an honor that Lee does not deserve. We want W&L to truly be a university, from the Latin universitas—the whole. We want W&L to be whole.

This movement to change the name of the school isn’t a bandwagon movement, or virtue signaling, or an expression of personal guilt. It’s a reckoning. And it’s painful. But it is the right course. I wish my father were still alive to share his thoughts. I suspect he would want the school to keep the name. But then I remember that he also wanted the school to remain all-male, until he realized that was no longer feasible. And then he changed his mind. As I have.

I love Washington and Lee University. And I will still love it when it takes another name.

Thank you for your time and consideration. I wish you, the faculty and staff, and the students the best of luck for the coming school year.