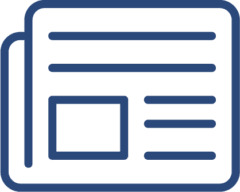 Our community shares articles vigorously. Some focus on W&L’s history with Robert E. Lee. Others focus on the name of the school and the negative effects it has on our community and the world outside it. Yet others are focused arguments with solid rationale and citations behind their arguments for changing the name.

Moving forward, each of these will be added here, or, depending on context required, added as its own page

“Group’s Version Of Lee Not ‘Persuasive'”
The News-Gazette
Editor, The News-Gazette
April 28, 2028
Around Lexington, supporters of a group called The General’s Redoubt put up lawn signs urging Washington and Lee University, where I have taught for more than two decades, to keep “Lee” in its name, to continue to honor the Confederate general, slave owner, traitor, and loser, Robert E. Lee. In my W&L email, the Redoubters proudly talk about the hundreds of thousands of dollars they are willing to give the university to retain the name….

The Redoubter version of Lee is not one persuasive to me.

“Where America First Went Wrong on Confederate Monuments”
Slate
Jalane Scmidt
April 4, 2021
Charlottesville’s monuments are finally coming down. Don’t forget how they got there in the first place. What can we lead from post-war Germany as we approach how we view the past.

“University of Richmond faculty criticize rector, call for a vote of no confidence”
Richmond Time Dispatch
April 3, 2021
The fissure between the University of Richmond’s board of trustees and its school community grew wider Friday when the faculty senate issued a letter censuring the school’s rector for his comments during a meeting to discuss the building name controversy embroiling the school.

As Trent Merchant provide context to the group: “What is a university? Is it the Board? The faculty? The students? The larger community? What happens when a Board does not represent the stated values of the university? The values that it authored? We are about to find out at the University of Richmond. We should pay attention to this…”

“Virginia Supreme Court clears the way for Charlottesville to take down statue of Robert E. Lee“
The Washington Post
April 1, 2021
The Supreme Court of Virginia has cleared the way for the city of Charlottesville to take down the statue of Confederate Gen. Robert E. Lee that was the focus of 2017’s deadly Unite the Right rally, and the ruling appears to open the door for statue removals around the state.

“Myths of Chivalry”
MoMA Magazine
January 14, 2021
Laura Brodie, from the University’s Department of English, explores Confederate monuments, and how
Kara Walker undoes these long-revered symbols of the South.

“Mindful of the Future: Washington & Lee and its Wider Community Must Address Racism and Inequality.”
Leah E. Gose
June 12, 2020
A piece written by a 2015 graduate

“The toxic masculinity behind Civil War monuments.”
Laura Brodie
The Washington Post
June 19, 2020
An Op-Ed by an English professor at W&L.

“Letting Go of Robert E. Lee at Washington and Lee University.”
Toni Locy
The Nation
June 25, 2020
An Op-Ed written by a current professor in the J-School

“Should Washington and Lee Remove Lee from its Name…“
Demystifying Organizations
July 15, 2020
A podcast discussing the name of the University

“Don’t get too attached to your institution’s name. It’s only for now.”
Kate Cohen
The Washington Post
July 20, 2020
An Op-Ed about renaming institutions in general.

”Robert E. Lee should not be part of an institution dedicated to advancing knowledge”
Nick Ramsey
Think, from NBC News
July 15, 2020
An Op-Ed from an alumnus.

“A Call to Purposeful, Sustainable Action for the Washington and Lee University Community“
Leah E. Gose
Medium
August 1, 2020
Another Op-Ed from an Alumnae

“Letter to the Editor, Aug. 2, 2020: School should honor Lee but remove his name”
Hullihen Moore
Richmond Times Dispatch
August 2, 2020
A response to Professor Morel’s article from a 1965 alumnus.

“W&L should change its name”
Alex Christensen
The Roanoke Times
April 24, 2019
An Op-Ed written by a graduate from the class of 1998

“What do we do with Robert E. Lee.”
Abigail Covington
The Delacorte Review
November 4, 2019

“Why universities should be on the front lines of the monument wars.”
Michelle Brock, Molly Michelmore, Sarah Horowitz.
The Washington Post
September 6, 2018
An Op-Ed by three Professors in the W&L History department.

“The Myth of the Kindly General Lee.”
Adam Serwer
The Atlantic
June 4, 2017

“Preaching to the Choir”
BAD BLACKADÉMIQUE
July 22, 2017
Blog post from a former student

“Lee was not the Washington of his time. But a lot ties them together.”
Anne Simmons
Los Angeles Times
August 18, 2017

“Why Lee Should Go, and Washington Should Stay.”
Jon Meacham
The New York Times
August 21, 2017

“My University Is Named for Robert E. Lee?”
Pasquale S. Toscano
The New York Times
August 22, 2017
This piece was written by a W&L class of 2017 student–one of the most beloved of his class and a Rhodes scholar.

“The Inheritance of Generals Washington and Lee”
Charless Correll, III
The National Review
August 30, 2017
This article in the National Review was also written by a member of W&L’s class of 2017. It can be read as a counter argument to Pasquale’s.

“The Making and Breaking of the Legend of Robert E. Lee.”
Eric Foner
The New York Times
August 28, 2017
A short overview of the Lost Cause’s treatment of Lee and its legacies in historical scholarship.

“Robert E. Lee & Me: Reflections on Confederate Memory by a W&L Grad, Soldier & Scholar”
Ty Seidule
September 28, 2017
A video of a public lecture on Constitution Day by Colonel Ty Seidule ’84U

“Washington and Lee Struggles With New Realities“
Ev Zibart
The Washington Post
September 16, 1985
An article about the “controversy” over coeducation

Lee letter to Thomas Rosser
A letter declining to participate in a Stonewall Jackson memorial
December 13, 1866

A Letter from Robert E. Lee to David Mcconaughy
A letter declining an invitation to Gettysburg
August 5, 1869