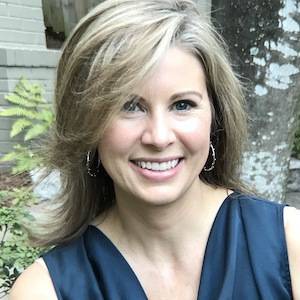 I sincerely appreciate the efforts that you, the Board of Trustees, the Admissions Office, and others at the University have made both to increase diversity at W&L and to welcome and retain diverse students on campus. Please add me to the growing list of W&L alumni who support a university name change in addition to the ongoing efforts.

I graduated from W&L in 1992 as a member of the fourth graduating class of women. I had an amazing educational and social experience, despite having a traumatic experience in March of my freshman year, when I was roused from my dorm room by a group of young men in my class and escorted to the street in front of the SAE house in order to identify the body of my close friend and hallmate, Ashley Scarborough, so that her parents could be notified of her death. I later learned that a fellow student had struck Ashley with his car while she was crossing the street late that night, and that student had then driven to Washington, DC, to have the damage to his car repaired. I will always remember the kindness of former President Ruscio (then Dean of Freshmen) to this nineteen-year old who was away from home and experiencing her first real loss. I was thrilled to see the new Village Apartments and renovated Woods Creek Apartments at my 25th reunion, and to learn that sophomores and juniors are now required to live on campus, which certainly decreases the incidence of student drunk driving.

I also appreciate the personal relationships I formed with several of my professors, among them the late Professors Sid Coulling, Robert Huntley (my thesis advisor), and Pamela Simpson. My husband, a graduate of the University of Alabama, was genuinely amazed when I first told him that it was not unusual to receive an invitation to a professor’s home for dinner. That certainly was not his college experience!

When I was in my mid-20s, a law school friend who knew I had graduated from W&L called me to tell me to turn on C-SPAN because “the whitest, most conservative school in America is on TV!” (C-SPAN was airing Mock Convention that year.) At that moment, I thought “what does he mean?” My white, privileged, apolitical, self-absorbed self had never thought of W&L in that manner, despite (1) having only a small handful of Black students in my class, none of whom were in my sorority or the fraternities my friends and I frequented;  and (2) attending multiple KA “Old South” weekends where the men wore Confederate uniforms and their dates wore antebellum gowns that, shockingly, were in plentiful supply among the female students (I owned one from a high school event).

In recent years, I have had the pleasure of hosting two groups of W&L female undergraduates at my home in Atlanta when they were visiting for a week of service projects. It was refreshing to observe that these students were more racially and socio-economically diverse than my classmates a quarter century prior. Of course, I realize that these were the students who chose to spend their President’s Break engaging in service work and/or who couldn’t afford to join their classmates on ski and beach vacations (the latter of which I relate to as a scholarship/work-study student who couldn’t join her friends on their spring break sailing trips or sign up for unpaid Sotheby’s internships in the summers).

As the parent of a recent high school graduate (headed to Brown; sadly, W&L was not the right fit for my liberal-minded young filmmaker son), I have fully immersed myself in the college admissions world over the past year, and just recently started thinking about the minority students at my children’s independent day school in Atlanta, The Westminster Schools. From my admittedly quick and unscientific look at the data from the past five years, it does not appear that a single diverse student has chosen to attend W&L from Westminster (and I am guessing that they are not applying either). And this is a school that regularly sends as many as a half dozen students to W&L each year (seven this unusual year).

It does not take much to understand why the non-white students at Westminster are choosing to apply to other universities. Stepping away from the connection to Robert E. Lee could only have the positive effect of encouraging minority students at Westminster, throughout the United States, and indeed across the world to apply to W&L, and making them more comfortable both during their time on campus and after graduation. As I told some of my female classmates recently, a name change is one of the most positive changes the University could ever make, much like the change to coeducation that enabled us to attend and boosted the University from a regional liberal arts college catering to wealthy white young men from the South to a top national liberal arts college (albeit still mostly white).

Thank you for your consideration, and feel free to share this letter with the Board of Trustees.