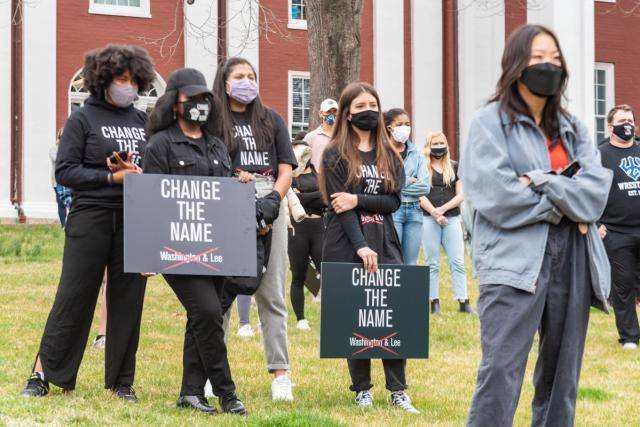 “Earlier this month, Mike McAlevey, rector of the Board of Trustees, announced that a decision on the name would be made by the board in June. For supporters of the change, there’s not currently consensus on what a replacement would be. While some have suggested W&L University, members of the alumni group Not Unmindful, which supports the change, have volunteered other options. While there hasn’t been as much momentum toward removing the name of George Washington (himself a slave owner), many see the opportunity as a chance to start fresh.” [Ed. Note: emphasis ours.]

The article presents a much more balanced view of the debate than many of late, giving Not Unmindful as much or more column space the those on the other side (though they too are represented). This includes comments from Professor Alison Bell and students on campus who has been organizing student protests on campus this spring, including Otice Carter, one of the walkout’s organizers.