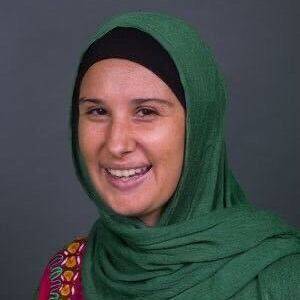 As a student at Washington and ***, I could leave my purse anywhere on campus at anytime of the day or night, and feel confident it would be exactly where I left it when I returned. Yet, I couldn’t go through a single day without feeling like an outsider because I was not white. I could not go a single day without thinking “where the hell am I?” Every day I saw racial micro- and macro-aggressions, whether directed at me or someone else. I felt like I was in an alternative universe— the campus was so safe in terms of my property and so friendly in terms of the Speaking Tradition yet sexual assault and racism were so rampant and accepted.

I’ve lived in Asia for the last 12 years-both in China and Pakistan. I studied abroad in India while at W&L as well as in Morocco (with the VMI Arabic Programme). I’ve also travelled extensively around the world. I often get asked, “Where did you experience the worst culture shock?” My answer of Lexington, Virginia always surprises people. I knew moving from liberal California to small town Virginia would be a big adjustment but I had no idea what it would truly be like. My answer though isn’t quite accurate. It wasn’t the locals in Lex Vegas who were responsible for my culture shock. As a Teacher Education Student, I worked extensively with the local community and my experiences were overwhelming positive. My culture shock came from the student body at Washington and *** and the reverence bestowed on someone who cannot be disconnected from the Confederacy.

I received a fabulous education at W&L and have many fond memories of my classes and professors. However, those are overshadowed by the fact that in 2020 my alma mater still honors the Confederacy and in turn, racism. I’m embarrassed to say that I’ve graduated from Washington & *** University. Who wants to be associated with someone that’s loved by white supremacists?

Changing the name of Washington and *** is an important step in improving race relations on campus and recruiting a more diverse and talent student body. Yes, there will be some alumni upset by it but there were alumni upset by the addition of black undergraduates and then female students. Clearly, those decisions were positive for the university. Likewise, changing the name of Washington and *** will be an important change that history will show was the right decision.