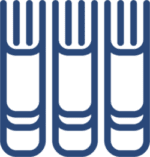 On March 23, several hundred students at Washington and Lee University in Virginia walked out of class to protest the Board of Trustees’ decision to delay deciding whether to drop Confederate General Robert E. Lee’s name from the institution, almost a year after a faculty vote to do so.

“Over the past five years, on average, nine African-American students have graduated Washington and Lee each year. Nine: that’s small enough to count on two hands.”