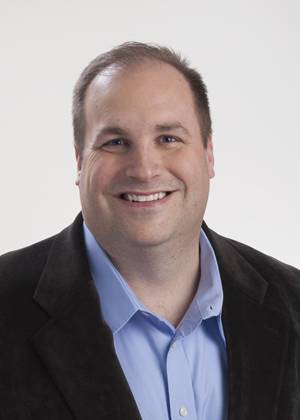 It was great to meet you last May during Alumni Weekend during the Class of 1994’s 25th Reunion. I’m writing because you’re probably inundated with correspondence from everybody and their grandmother about Robert E. Lee’s ongoing role in campus life.

No doubt you’re grappling with the issues facing a lot of educators in the COVID-19 era, but on top of that, you’ve got to navigate the issues brought to the forefront by the Black Lives Matter movement. I don’t envy the position you’re in. It’s a lot to contend with at once, and angry alumni are no fun.

Still, it’s 2020. I can’t imagine what it must be like to try to maintain a liberal arts learning environment with Lee’s name attached to it. The prospective students who would give W&L a look are some of the most progressive-minded in history. I wonder often about how many smart and talented high school students mentally cross W&L off their list of potential schools without giving it thought beyond “Why is there a school named for Robert E. Lee?”

I suspect you’re already gearing up for the inevitable arguments volleying back and forth across the W&L community about “erasing history” and the bickering we’ll no doubt engage in as we re-fight the battle about the supposed merits of Lee’s post-Civil War role as an educator. In my head, I can already hear the esoteric blathering over who is the better historian with a better grasp of the facts, and I’m already tired of it.

I’m less concerned with historical nuance and more concerned with what makes W&L an ongoing institution of liberal arts learning. Washington & Lee is quickly going to find itself being laughed out of the room when it comes to high school student consideration of schools to attend. It’s 2020. Nobody wants to pre-emptively justify looking at W&L when they can consider Swarthmore or Davidson without lugging that kind of baggage.

I’ve talked to a number of alumni recently about this very subject. Really. We had Zoom calls and everything. You’d be amazed at how many alumni will go down rabbit holes with one another about the different reasons for ditching Lee. We feel strongly that it’s the right thing to do for reasons of equality, inclusion, and – you know – not being a racist jerk.

That said, I’ve fought this particular fight in back-and-forth social media tiffs with other alumni, and though we might not be able to agree on whether Lee deserves ongoing veneration (again, I’m firmly in the “no” camp there), we can agree that we all want W&L to be the best educational institution it can be.

To that end, why ought we to carry Lee’s baggage into the 2020s and beyond? Why saddle an admissions staff and the rest of the W&L community with having to give some oddly-nuanced and questionably credible explanation for why there’s still a university named for Robert E. Lee? What students aren’t you getting because of all that? It’s just one of the many compelling reasons why I think W&L ought to change its name.

I really don’t want to see W&L on the wrong side of history here. While I’m aware of the Commission on Institutional History and Community’s work, I feel like I don’t have much insight into the rationale behind rejecting the notion of a name change, beyond a desire to see energy channeled into educational initiatives. I doubt prospective college students have the patience for continued navel-gazing in any case.

I ask that you and the Board of Trustees please give thought to a name change in its updated context, as I strongly believe it’s time.

To the Board or Trustees:

Dear Esteemed Board of Trustees:

Last year at Alumni Weekend, I did something I hadn’t done in a very long time. I gave money to Washington and Lee.

I felt good doing that largely because I had just spent time with a number of my fellow classmates from the Class of 1994, and our class was rallied around the notion of changing the culture at W&L to be more inclusive. Our class gift reflected that desire, and I saw a great number of my classmates push one another to earmark their contributions for the Office of Inclusion and Engagement.

Had this not been the focal point of the weekend, I might never have given money to W&L again.
My memories of Washington & Lee are tainted by institutional racism, Lost Cause culture and poor treatment of non-white members of the community. However, during Alumni Weekend, I felt a positive energy I had never felt at the school prior, and I understood that a great number of alumni wanted to push W&L to be better. So I earmarked my contribution to help with programs that will hopefully ensure a better W&L experience for people of all backgrounds.

More than a year later, it is clear that W&L must accelerate its cultural change. The university recently celebrated its most diverse class in history while it simultaneously finished last among sixty-four of its peer schools with respect to diversity. In short, our best-ever effort still falls well short of where the brightest prospective students expect us to be.

In a world where prospective students are the most progressive we’ve seen, W&L is at a critical inflection point in its history as a top-tier liberal arts college. Anecdotally, I hear that many children of alumni will not consider attending, having crossed the school off their consideration list due to its association with Robert E. Lee. While it is indeed true that anecdotes are not hard data, I’ve heard enough alumni make that sad claim about their own college-age children enough times to wonder how detrimental the name of the school is to its mission. Simply put, we must attract the best and brightest from all manner of backgrounds, and particularly people of color.

Looking further into the issue, I discovered that W&L’s lack of diversity is a frequently cited reason for prospective students to avoid attending. And there are, of course, the more consequential issues concerning Lee’s devotion to both treason and slavery. While I have personally made up my mind that Lee is not someone to be revered in modern times, I do understand that some alumni do not agree with my position in that regard.

I look at W&L’s willingness to change its name as an acid test, an important first step in a journey that can lead it to create a truly inclusive environment for students to pursue a top-notch liberal arts education. But it must take that first step.

I am working with a group of over 2,600 alumni and other members of the W&L community who would like to see W&L take that initial step. We are driven by the desire to see our alma mater truly reflect its values with its actions, and we want to be an ally to the school and the Board of Trustees, not just in starting that journey, but continuing it. We have urged the alumni community to take action by making their opinions known, first to President Dudley and now to you. Simultaneously, we are investigating ways to help W&L become better, especially culturally.

You, however, are the true stewards of W&L’s well-being. Please start down the right path and change the school’s name. We stand at the ready to be your ally in moving forward into a brighter future.

Should you desire my assistance, I am at your disposal.