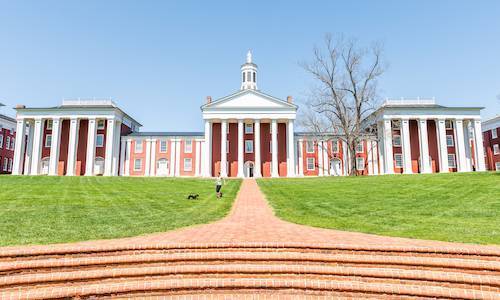 The latest article from The Business Journals (paywall alert) written by Hilary Burns, reports on the general feeling amongst the different groups of alumni on either side of the question. The article spends a lot of ink talking to one of the leaders of those that want to retain all things Lee at the university.

But the heart of the matter is the withholding of funds, because, as the article points out:

That’s no small development for a school that derives much of its identity and competitive advantage from its traditionally deep pockets. As of last year, Washington and Lee’s $1.15 billion endowment ranked among the largest in U.S. higher education, while its endowment per student — a key metric of wealth that stood at roughly $517,000 a head — was the 24th highest in the nation.

“We’re all people who have supported Washington and Lee with our time and our money — not just me but all the other members of our group,” said Neely Young, vice president of The Generals Redoubt, a nonprofit intent on preserving the school’s name and traditions. “But we are reluctant, frankly, to support Washington and Lee with our money right now until some issues are resolved.”

So, despite claiming victory after the announcement, the other side is just as reluctant to provide monetary support as many of us here. But as the quote above indicates, this really highlights what this is all about. It’s not about the name of Lee on the University, it’s about he whole Lost Cause myth. Anything that attempts to dismantle any of that is going to get the above reaction. These folks really do want to go back in time and pretend that a lot of things did not happen.