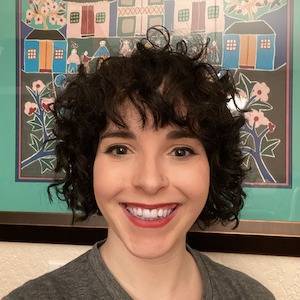 I am writing to express to you my support for changing the name of Washington & Lee University, and in particular the removal of Lee’s name from the school. I am sure you do not remember, but we met shortly after you first arrived at Washington & Lee. I had similarly just arrived on campus as a first-year law student and was astounded that someone like the University President cared so much about us that he invited us to his home for a gathering. During that gathering you and I were involved in two different group conversations. It is the second of which I want to call your attention to. The second conversation took place inside of the President’s House, in the dining room. The story of Lee’s purported death in the dining room was told, and then the conversation shifted to stories of Lee’s life. Stories of his honor, his dignity, and his love for his wife and the school. Many of those stories ran counter to what I knew to be true of Lee, but they were not altogether unfamiliar.

I grew up in a relatively diverse suburban area of South Florida, and whether it was the teachers I had or the statewide curriculum, my teachers did not mince words about the reasons behind the Civil War and the Confederacy. We read pieces of the secession documents, and it was made abundantly clear that the driving factor behind the war was the South’s continued drive to be able to own people. I did not have any exposure to the Lost Cause narrative until I attended the University of Florida, where I rather quickly learned that the Robert E. Lee I had learned about was vastly different to the Robert E. Lee my peers had learned about. So, as any history major would I did my own research into the man, and into the Confederacy. This was where I learned about the Lost Cause and the almost alternative history of the Confederacy and the Civil War that was being discussed and taught all across the country, especially in the South. I was disheartened and continued to try to speak out against the Lost Cause narrative when I heard it being expressed.

When I decided to go to law school, I knew that I wanted to move out of Florida, and because of a growing interest in governmental affairs I decided on trying to attend law school in Virginia. I took my LSAT and applied to several schools across the Commonwealth. I did not originally apply to Washington & Lee, but they kept emailing me, and emailing me, and emailing me. I finally decided to apply because I knew that having more options for law school would be better. I attended the last of the admitted students’ weekends on my parents urging because they wanted me to see if I felt comfortable in the small-town setting before making any final decisions. I was welcomed onto the campus by alums and current students alike and found myself having in depth conversations about myself with professors and administrators, something I never got at my large public state undergraduate. The community I met was what made me fall in love with Washington & Lee.

While my story has shaped my feelings on the current situation as a White woman I am not the most important voice in the room, I urge you and the Board of Trustees to listen to the Black, Brown, and non-White students and faculty when they speak of the harms the name and the veneration of Lee on campus has caused them. My three years at Washington & Lee were capped on either end by nationwide discussions of race and racism. On the front end with the Unite the Right rally in Charlottesville and on the back end the current Black Lives Matter protests. The discussion about systemic racism in America is hitting a fever pitch, and Washington & Lee has a major decision to make. Do we continue to uphold the Lost Cause narrative and the structures of racism that have existed in America since its founding? Or do we make a change and begin to shed our complicity in a nation that still has much too far to do for our non-white citizens? I for one hope we choose the latter, I want to look back ten, twenty, thirty years from now and be proud of the institution that shaped my ability to think critically as a lawyer and as a champion for the rights of my clients. The name change is the first step, and we need to take it.

Dear Members of the Board of Trustees,

My name is Jacqueline Bontjes and I am a 2020 graduate of the Washington & Lee University School of Law. I wrote initially to President Dudley to express my desire to see the name of the university changed as part of a broader plan to ensure that our campus grows into a place more welcoming to students of diverse backgrounds. I am glad to see that there are steps being taken to ensure that this happens per Rector McAlevey’s recent email. However, I am also incredibly concerned at the lack of a timeline for this work, especially as there have been calls for change since the moment I stepped onto our campus.

As I mentioned above I just graduated from the law school, which means I was on campus from Fall 2017 to Spring 2020. My years at the school were capped on either end with racially charged protests, with the Unite the Right protests in 2017 and the Black Lives Matter protests that were sparked by the death of George Floyd at the hands of Minneapolis Police Officers. Following the 2017 Unite the Right protest in Charlottesville there was a commission formed to inspect our institutional history and provide recommendations to the Board of Trustees on ways we could change to make the campus more mindful of that history. The report took a year to compile, and to my knowledge many of their recommendations were not adopted or were only adopted in part. My fear is that the work done by this committee will wind up following the same path as the work done by the Commission, and it will wind up being too little much too late. I know that there were continued requests from current students to the administration and the Board of Trustees for changes to be made to make our campus a more welcoming place for diverse students. I have heard too many stories from my BIPOC and fellow LGBTQ+ peers of the ways in which they were made to feel unworthy to be on our campus, and as a Jewish woman in the LGBTQ+ community I heard them and understood, because I too experienced negative reactions both on campus and in the Lexington community when my diverse identities were discussed. We have a campus culture currently that makes BIPOC, LGBTQ+, and non-Christian students feel unwelcome. I am not sure if you have seen the newly created Instagram account DearWLU, but I would suggest giving it a look through to understand what some of our community has gone through over the years. It is those stories, and those too traumatic for others to retell which drives our requests for change.

I understand that changing the name of the university is no small task, as there are many things to consider. However, I hope that you appreciate my concern, one that I feel certain is shared by many others, that we are already behind the curve on making necessary change. While the name is one thing that can be changed to make our campus more inclusive it is not the only change that needs to be made. That said, if I had been applying to law school all over again, I do not think I would have made the choice to apply a second time. I chose to attend because of a generous financial aid package and the feeling of community that I felt during the admitted students’ weekend I attended. That community I met was diverse and welcoming, and quite frankly felt incredibly hollow once I became a student and I exposed to the institution as a whole. This is not to say I do not have fond memories of my time in Lexington, or a dislike of the institution as a whole. My calls for change are because I know we can do better, and I hope that my faith is not wrongly placed.