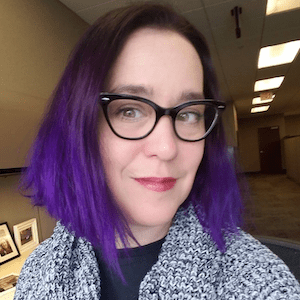 Non incautus futuri. Not unmindful of the future.

When I was a W&L student, these words resonated with me as an institutional ideal. The campus that I called home had roots in 1749, but was forever looking forward, growing, and thriving.

Washington and Lee has lost sight of that ideal. By keeping the name Washington and Lee, you’re clinging to the past, appeasing some vocal alumni, and ignoring the desires of prospective students. It’s time – past time – to change the name of the school. The marquee level association with Robert E. Lee is a liability.

I read with great interest the Ring-tum Phi Alumni Edition that my friends in the class of ‘94 put together last spring. I learned that the 2018 undergrad makeup, 81% white, is the least diverse of any comparable liberal arts school. According to an interview cited with Vice President of Admissions and Financial Aid Sally Stone Richmond, “Our comparative lack of diversity in the student backgrounds is among the most frequently cited reasons students chose not to enroll.”

Bottom line: the generation of students who is applying to college cares about diversity. And those students are not going to choose to go to a college that celebrates a leader of the Confederacy.

“We’re celebrating what Lee did after the war, the role he played as an educator, his attempts to heal the divide in our nation, the traditions that give W&L the character it has today.” That’s true, but it also rationalizes the celebration of a man who fought to protect the vile institution of slavery. Look at the company you’re keeping in celebrating Lee. You can say you don’t stand with racists, but if you look and there’s one standing next to you, you should move.

“Changing the name of the college is going to make alumni angry.” Yes, it sure will. Lots of alumni were similarly mad when the school went co-ed in 1985. If W&L had listened to them, it may not have survived, let alone risen to the reputation it has now. And those alumni – myself included – are the past of the college. Don’t ignore the future.

“Dropping Lee is erasing history.” A true study of history is critical thinking, not idealizing the past. Washington and Lee can, and should, teach every one of its students about institutional history, including the need to challenge past beliefs.

“You can’t just change the name of the school!” In fact, you can – Washington and Lee University is the sixth name of the college. Each time the name was changed, it more accurately reflected the reality of the institution. It’s time to do it again.

Consider the world we are living in today. We are in the midst of a global pandemic that threatens to change every aspect of our lives, including the college experience. The United States is experiencing the biggest civil rights uprising in decades.

Push beyond “not unmindful of the future” to a position of leadership.

If you don’t, those ties to the past will keep the school from having a future. Change the name.