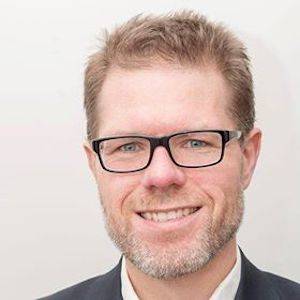 Today is Juneteenth—known also as Freedom Day, Jubilee Day and Cel-Liberation Day—the day when our nation acknowledges and celebrates the end of its practice of slavery. It is a day for all Americans to reflect on their own role in the racism that continues to scar and divide our great people, and to commit ourselves to a future that fully realizes our cherished ideals of liberty and equality.

To that end, I write to you as an alumnus who believes that it is time for the university to change its name and no longer reference Robert E. Lee in it. I thank you in advance for considering what I have to say.

Lee served our school for five years. During that time, the school leveraged his celebrity to significantly strengthen itself financially and educationally, while Lee himself did much to establish some of the finer aspects of our culture (the speaking tradition and the honor system come most easily to mind). For that, we have honored Lee by taking his name into our own, and so it has been for the last 150 years.

For all of that time, however, our continued exaltation of Lee has come at the cost of those students and alumni whose ancestors suffered under the yoke of slavery, a cause Lee himself did much to uphold when he chose to fight not for the Union, but for the Confederacy.

And, our continued exaltation of Lee comes at the cost of those who have ever felt the sting of racism, from its most casual practice to its most overt hatefulness—the full spectrum of which I have personally witnessed at one time or another in and around the W&L campus in the time I studied there, and in the times I have visited since.

I would like to think that the kind of racism I witnessed at W&L is less frequent and severe than it was when I attended, but our continued reverence for Lee comforts and encourages those who see in him not the great post-war reconciler, but the wartime champion of white supremacy.

Lee accepted his role at our beloved school, in part, to atone for his participation in the annihilation of a generation of Americans (if not the enslavement and mistreatment of so many additional generations before). But now, his name now does more to hurt, marginalize and divide our fellow brothers and sisters than it may once have done to aid, unite and uplift them.

The battle flags of the Confederacy are gone from Lee Chapel, but Lee himself remains as much a clarion call to those who would champion the cause of the Confederacy as it is to those who would seek a fine education, become ladies and gentlemen, and live honorably. By maintaining our current name, we choose to keep open a racist wound that bleeds us all. Is that what we want? Is this who we are? Surely not.

Robert E. Lee did not serve this school to hurt people. His name does that now. So let us remove Lee’s name from our school (or rename it altogether) and let the finer parts of his legacy continue. Let us prove just how mindful of the future we truly are.

I was disappointed that your June 23 message—in which you detailed the school’s recent efforts to promote greater diversity and inclusion—stopped where it did.

Until the school finds the courage to rename itself after someone or something that wasn’t a military champion of slavery, our D&I initiatives will be thin consolation for those seeking decisive, progressive action from the university’s administration.

Speaking of leadership, I would like to call out the stalwart Department of Journalism for their unequivocal public stance on removing Lee’s name from the school. They remain true to their discipline of reporting and accountability, embody the brighter future we seek for our school, and bring honor to us all.

I urge you to heed the call of so many students, alumni and faculty of our beloved university: remove Robert E. Lee as our namesake. He speaks for us no longer.