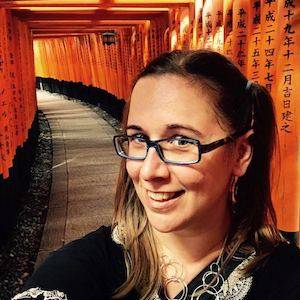 I am writing to add my voice to the chorus of those graduates of the university advocating for a change in the name. I spent four amazing years at the university, and to this day retain strong friendships formed while there as well as habits of learning, analysis, and integrity that continue to serve me well.

Over the years, I have spent time discussing the unique characteristics of the university with current friends as well as volunteering for the university in various capacities including as a former AAP chair, a former member of the local alumni chapter board, and by hosting an event in my home. My unique experience there compelled me to share that experience with others and to discuss the positive things that I was able to take away from my education.

As I have grown as an adult, I have realized that the story of Robert E. Lee as taught to me at the university was not a true and complete picture of the man. As I have learned more about him, I have become more certain that the university’s picture of Lee is founded in mythology created 150 years ago by those who wanted to revise the remembrance of the Civil War and Lee’s place in it. That reverence for Lee also allowed other attitudes to flourish at the university that were detrimental to any who did not fit the narrow mold of what was considered appropriate – the white, straight, male ideal university student.

At this moment in time, I am afraid that if the university does not take the opportunity to grapple realistically and forcefully with all of the connotations of its name it will be permanently left behind by the forces of history and become a shameful footnote instead of the strong institution of learning it would like to be. I have seen the powerful voices calling for a reverence for the name, and for the history of the institution, and for a return to an education that centers itself in Western Civilization and the white male point of view. I urge you to use your position to listen to other voices as well that are calling for the university to become a leader in the national conversation about race and privilege, and to directly face the difficulty of grappling with the associations that are irrevocably linked to the university’s name.

As long as the university is named for a Confederate general who fought against his own country and the basic rights of other humans, and that name is venerated, the university will be a beacon for intolerance and cruelty. I urge you and the Board of Trustees to actively move toward leaving Lee’s name behind and allowing the university to flourish as an institution of leaders and compassionate citizens.