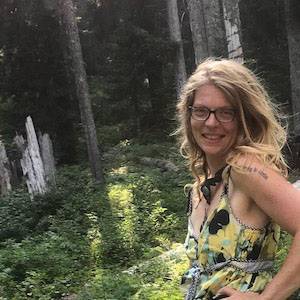 President Dudley, Secretary, and the Board of Trustees:

It is past time to change the university’s name. In every shift of cultural values there are times that acting is courageous, and will be seen as a marker by which, from that time forward, one measures ethical behavior. And there are times after which acting can be only seen as reluctant capitulation, marking the organization as obstinate, trenchant, cowardly.

Your actions over the past 18 months have been the latter; the university is dangerously near the point after which you cannot ever again call yourself “honorable.”

In my freshman year at the institution I took a logic class that has been a highlight of my education, which now includes a masters from what was at the time the number one business school in the world. There I learned so much about logical fallacies; since I have learned vastly more about how humans fall prey to ethical traps, and talk themselves into positions that are academically incorrect and logically flawed.

Your statements and positions over the past years are so riddled with these logical fallacies; you have fallen into so many ethical traps. I know the university teaches better. I learned how wrong your positions are: from your own institution.

I also took courses in literature, psychology, and history. In these I learned about the terrible toll slavery and the post-civil war racism has taken on Black Americans; a toll that has impacted people of color in every part of the world. I learned how invasive the disease of racism is; I learned how it has eaten into every institution and social order in the nation.

All the while I was watching my classmates hang Confederate flags out of their dorm windows; I heard the phrase “the South will rise again!” so often I became inured. Coming from a liberal West Coast city I was told I didn’t understand. That Lee was a good man. That he was worth every honor.

No man is good enough to deserve lionization that acts as the most powerful symbol in this country of defense of slavery, of oppression, of the dangerous and destructive treatment of Black humans as lesser, as evil, as not just second class but animals. Do you know that Robert E. Lee tried to keep blacks out of Virginia? Do you know that he kept the Ku Klux Klan on campus as long as he was allowed?

What symbolism does your obstinance give to the Black students on campus, Black alumni, Black people all over the country? What symbolism does your obstinance give to the white students, alumni, fellow citizens? The second has an even greater impact, making you complicit in their acceptance of the dissonance. You are saying that slavery is old news. Oppression doesn’t matter if you wear a nice suit and call each other “sir.” Treating your fellow human as inhuman will be not just forgiven but exalted; put literally on the altar of your church; if you say it in pretty enough language.

One day history will look back on this institution and will see in it the racial trauma that has been wrought, justified, and buoyed with the masterful cognitive dissonance of a dying social order. Your decisions will be studied as a microcosm of the whole country; the whole world. You have thus far come down on the side of history no one wants to be on; ironically, this is so much like the place Robert E. Lee stands in history.

You can change your mind; or you can be, forever, a cautionary tale, one of institutional blindness, poverty of courage, internalized racism, the death rattle of the myth of the powerful, superior, white South.