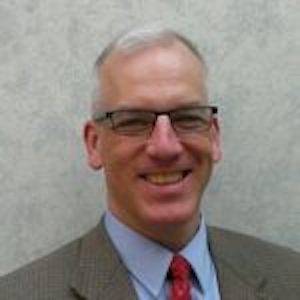 My W&L story is similar to a majority of alumni in that I came from a white, upper middle-class, private school background. There is little revelatory here. I was never ostracized because of my gender or race. I was never singled out in class to represent the “white perspective” on anything. I never had to explain my presence at any particular venue in town or on campus because I looked different. You could actually skip a few paragraphs and sum them up with, “I was a typical, clueless, Mid-Atlantic white kid ready to cut loose for some fun in Lexington.”

I grew up in Baltimore, and my parents were both educators. My father taught engineering at Johns Hopkins, and my mother taught business and marketing at Towson State. My dad was the oldest of eleven children, and grew up poor in East Baltimore. My mother hailed from a small upper middle class family in Lancaster, PA.

While we lived in the city proper, it was only just. I grew up in Homeland, just south of the city line, which at the time must have been well over 95% white. I graduated from McDonogh School, and in a class of 121, we had less than 15 non-white students.

McDonogh was similar to W&L beyond demographics. Set in Owings Mills, the campus comprised 800 acres and many gorgeous buildings. We shared history with W&L as well. William Allan, the school’s first headmaster, arrived in 1873 from the mathematics department at Washington College. He had arrived at the mathematics department in 1865 at the behest of Robert E. Lee when his former career as a Confederate Army Officer became redundant.

I knew of the connection when I applied to W&L. McDonogh normally sent several students to W&L every year. My class was no exception. Three of us headed Lexington in the fall of 1983. I remember being excited, and willed my parents back into their car in the parking lot below Lee chapel that September so I could get on with being a college student.

Academically, my time at W&L was less than spectacular. I graduated with BA in economics in 1987 with a 2.502 GPA. I spent a good portion of my freshman year on academic probation. I’d be surprised if any of the faculty remembered me.

My athletic career was about the same. I tried to walk on to the lacrosse team, and was cut. I enjoyed playing J.V. and club lacrosse, but I certainly won’t be remembered for anything I did on the field. Given I spent a career as an Army officer, it is a bit ironic that one of main reasons I wanted to go to W&L was that Jack Emmer was the lacrosse coach there. I found out after I arrived that he had taken the head lacrosse coach job at West Point over the preceding summer.

My social life was both typical. Kappa Sigma took me in as a pledge, and I did most of the typical social stuff my first two years. We weren’t the cool kids on campus, which was fine with me, but we drank a lot and had the W&L version of fun.

By my sophomore year, I was more into ROTC than I was fraternity life. That was the year the scales started to fall from my eyes. The blow back from many students and alumni over the decision to go coed was harsh. It wasn’t a very collegiate environment.

It’s easy to say I was in favor of coeducation now, and I know that’s kind of like saying “I was a Woodstock.” If everyone who now says they were at Woodstock were actually Woodstock, the crowd would have been in the millions. I was in favor of coeducation, and it’s up to you whether you take that at face value. Going to an all-male school fomented a very weird and bad social dynamic. I wasn’t able to understand the effects of “White and Loaded” at the time, but at least I was smart enough to recognize misogyny when I saw it.

It would be fair to say that I am not overly amazed by that earlier version of myself. I wasn’t the meanest person every to walk the streets of Lexington, but I wasn’t the nicest by a far shot. As a fraternity, I’d say the Kappa Sigma of the mid-1980s was about the same. In four years, we had one non-white member, who happened to also be a McDonogh graduate.

Note: I do remember being perversely proud when the mother of a fraternity brother from Louisiana told me I was “a nice boy for a Yankee.” Maybe so, but I was also 100% ignorant about the experiences folks who didn’t share my gender, orientation, or skin tone had when I was there, or continue to have. The letters I’ve read here have been eye opening and humbling. As I hinted in the opening paragraph, to students who were not just like me, this entire story should be a yawner.

I took an oath to support and defend the constitution as a commissioned officer on stage in Lee Chapel in June of 1987. While the irony was largely lost on me at the time, my days studying military history in the ROTC department represent the beginnings of my understanding that this whole “Confederate thing” was a myth.

My world did turn for better once I went on active duty. I ended up spending 27 plus years in uniform, traveling to over 18 countries, and had the privilege of working alongside many tremendous people of all backgrounds, both in the Army and in the countries we worked in. When one’s career choice happens to include “interfacing with motivated people who want to kill you,” one quickly comes to understand that competence, motivation and directness are far more important than race and gender, or socio-economic, political, or religious background. Given our poor foreign policy choices of the past forty years, based as they were on hubris and poor assumptions, it’s no wonder we were targets. That, however, is a discussion for another venue.

We absolutely do still struggle with sexual harassment and racism in the Army. I am still working to understand what it means to walk in shoes other than mine. I enjoy the privilege, because I am a white, upper middle class male, of going places without tripping anyone’s RADAR. I have yet to have anyone call the cops on me for no reason. I never had anyone assume my promotion or command selection was to “fill a diversity check.” That’s corrosive and sadly still pervasive.

That said, with as many warts as the military has as an institution, when placed along side Washington and Lee in 2020, our Alma Mater remains an anachronism, and not in a good way. W&L can and should change, and the ridge on which it rests will not actually split apart and swallow it whole if it does so. It’s time for some moral courage and growth, and a name change would be a fitting thing, if just the start of something more significant.